Gia absolutely loves animals. She also loves some good old screen time. So when we had the opportunity to try out Animal Jam, an online playground for kids who love animals and the outdoors, we were so excited to give it a try.

Animal Jam was created in partnership with National Geographic so I knew right away it was going to be wonderfully informative and educational. Animal Jam is online playground for kids who love animals and the outdoors.  Players create and customize their own animal characters and dens, chat with friends, adopt pets, team up for adventures, and feed their curiosity about animals and the natural world around them.  And, with teachers, scientists and even social workers on the development team, Animal Jam is fun, education and completely safe for kids.

Gia started by choosing her animal and naming her. She chose a seal, named her Darling Snowybird and made her pink with a white leaf pattern.

From there, Gia used the mouse (and I was so surprised to see how well she navigated with the mouse on my laptop) to move her little seal into the worlds. As she moved around the game, there were other animals all over the place. These are actually other kids who are playing the game at the same time. (I’m not sure she understood this when I explained it to her, though.)

Once inside a world, she loved the mouse to move her seal and, by clicking on certain objects, she was able to play games and earn gems. Her absolute favorite place was Sol Arcade and the game called “Splash and Dash” which is an underwater dolphin race. It was a little tricky for her to control her dolphin using the arrow keys so I helped her maneuver the pink dolphin and make her jump through the golden hoops.

Sometimes, rather than a game, she’d click and open up a series of short videos that teach her about animals. She loved those more than anything else. She happened upon one about crocodiles and she was fascinated. Days later and she’s still telling me the difference between and alligator and a crocodile, which she learned from the video.

Since the day we first tried Animal Jam, Gia has asked to play it no less than 10 times every day. I love that, with Animal Jam, she can play online safely and that this is a game that’ll grow with her. I fully see her playing Animal Jam for a long time. If you have children, give it a try and let me know what you think in the comments!

This is a sponsored post. Gia and I were given an Animal Jam premium membership and I was compensated. All opinions are 100% my own. 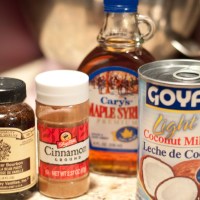