Of all the things that come with having a new baby, like buying diapers again, learning to breastfeed and getting up in the middle of the night, the only thing I was really, truly worried about was Gia. We’ve had quite an amazing 3 years with her and I feel so blessed to be her mom. Before Nicholas was here, I felt guilty about taking some of my attention away from her by giving her a sibling. I’m an only child, so this was all new territory. I knew in my heart things would be fine and that having a sibling would be amazing for her, but I was still worried. And, although it’s only been three weeks, so far, so good.

Gia has been a complete trooper and has handled the transition with her usual grace. We’ve been very careful to keep her life as normal as possible. With both of us home, she hasn’t had any less attention than usual. Because of that, I don’t think she feels threatened by the baby and therefore is really sweet with him and hasn’t acted out at all. This is not to say she’s been a perfect angel every moment of every day. She’s still a normal three year old. It’s just that none of it has anything to do with her brother. It’s her usual “I can do it myself” stuff that frustrates her and causes her to get into trouble. She’s extremely sweet with the baby. She loves to kiss him and pet him, she asks to hold him all the time and she even likes to hold the bottle when we feed him. She’s pretty gentle and she’s a huge helper. There have been so many adorable moments:  On Nicholas’s first day home Gia tried to brush his hair with her baby Cinderella’s brush, which is a hard plastic little thing–not great for Nicholas’s soft, nearly bald head. It was so innocent and sweet though so I let her do it 1 time before I cut her off.
She nuzzles his head, kisses him, and tickles him, all while announcing, “I’m giving him some love.” She’s a great helper. Right after the c-section I wasn’t supposed to go up and down the stairs in our house more than once a day and I really tried to stick to it. In the morning we’d come downstairs and have breakfast and play. Eventually I’d go up for a bit to shower and do small chores upstairs, and then I’d come down for the rest of the day. One morning Jon wasn’t home and I accidentally left the formula upstairs from the night feedings. I asked Gia to go up and get the orange box for me and she did.  I made a huge deal over the fact that she did just what I asked and that she helped her brother. She was so proud of herself.  Last week Jon put on football & Gia tolerated it for about 2 minutes. Then she said, “Mommy, Nicholas doesn’t like this show. I have to change it or he’s going to be sad.” It was SO hard not to laugh at that one. Every morning when Gia wakes up she comes into our room. If we have time, she climbs into bed and we watch a few minutes of tv before going downstairs for breakfast. Now that Nicholas is here she goes to peek in his bassinet before she gets into our bed. One morning she looked in the bassinet and he wasn’t in there (he was in bed bc I’d just fed him). She was so shocked and she said, “Daddy, Nicholas is GONE!”  Her newest cuteness is that she loves to show Nicholas things. She shows him everything. Nicholas, this is my carrot. I’m a big girl so I eat carrots. You are too little to eat carrots. You have your bottle.Nicholas, this is Palace Pets. See Ariel? I did her hair.Nicholas, me and Mommy are icing cupcakes.  When you’re three like me you can have a cupcake.
I can only imagine what else is in store for us as they continue to grow and start to interact with each other. I’m not sure my heart can handle all this love! 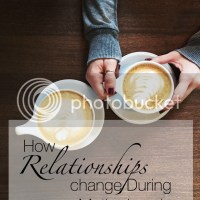