I Wanna Be a Toys R Us Kid!

On July 29th my mom and I took Gia to a photo shoot for the Toys R Us Big Book Holiday catalog. On Friday the 26th (the day before her 3rd birthday) we got the call that Gia was “on hold” for a shoot and then later in the day we got the email that she was booked!   I was so excited! I told Gia that we were going to go to back to the big building (we’d gone there for the casting call a few months earlier) and the lady with the big camera was going to take pictures of her and she breathed in excitedly and said “Ok Mommy!” Toys R Us and Babies R Us frequently shoot in Union City, NJ and that’s where we went. Gia was given wardrobe (cute yellow skinny jeans and a peach & yellow top both from Gap Kids).

She also got hair and makeup! They put a cute little peach dragonfly clip in her to keep that 1 little curl off her forehead. The makeup lady also put a little powder foundation and blush on her and then a bit of chapstick, which she thought was lipstick. She sat in the makeup chair like such a little lady. It was so adorable.

Then she and a little boy were led onto the set. The set director put them in a Power Wheels Range Rover! The little boy was “driving,” which Gia was totally fine with. The kid wrangler was hilarious and had some pop up bunny and totally got Gia to laugh hysterically. The other mom and I stood in the back & watched the pictures they were taking pop up on monitor. We were told to stay out of view. If I ducked my head a tiny bit I could see Gia’s face under the reflector and at a one point she peeked under and saw me and gave me a huge smile.  Gia was belly laughing the whole time and listening to direction really well. She was clearly having so much fun. At one point the set director positioned her arm to sort of hang out of the car and she left it there, just like she was supposed to. The photographer and graphic designers got a huge kick out how hard she was laughing and how cute she was.

They took a bunch of shots and then she was done! We changed her out of her “wardrobe” and waitted to get our voucher. As she was getting dressed Gia kept asking if she “should go back and play with the car”. It was so cute. I had to tell her we were done. (She was ok with it because I’d promised her ice cream if she was good. On the way home we stopped at Sonic and got her a vanilla ice cream, which she was thrilled about.)  We were told the ad would run in the Toys R Us Big Book, set to come out on November 3rd. But then, on Saturday my grandma called me to tell me one of her friends found Gia’s ad through some coupon website. I went straight to the Toys R Us website and typed in ‘Range Rover’ and found Gia right away.One of the best parts of all this was her reaction to the ad. I called her over to the “concuter” and told her I wanted to show her something. She took one look at the screen and says, somewhat surprised, “Hey! That’s me!”  I haven’t yet seen the print ad in person, but I’m looking forward to showing that to her, too. It’s a visual reminder (one for the whole world to see, too) of really fun day with my girl and it will make an awesome memory and keepsake for her when she’s older. 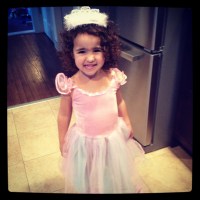