Jamaica, oooh I want to take ya…

to Bermuda, Bahamas, come on pretty mama… Ahh the Beach Boys! I love that song.

Jamaica was glorious. We stayed at the Iberostar Suites in Rose Hall. It’s very close to the airport, which is a must when you’re traveling with the little people.  They can only handle so much time cooped up in planes, trains and automobiles. The hotel is gorgeous, the food is great and we had perfect weather. At one point my stepdad and I were marveling over what a gorgeous day it was. But then we realized all the days had been beautiful. So we decided it was the “nicest of the nice days”.  Vacation problems, right?

Gia had an absolute blast. She loved the beach, the pool, the round-the-clock ice cream and the pina coladas. She was so happy and so well-behaved the entire time. It certainly didn’t hurt that she had several playmates around to keep her bus (Thanks Yadi, Joepa, Uncle Ben and Uncle Zach!)

Initially we were worried that bedtime might be a little tricky because our suite was really just an extra large room. Gia was going to sleep on a pull out couch that was just a few steps away from our bed, and only separated by a half wall. I didn’t think she’d fall asleep with us right there. I thought she’d want to talk and laugh and be up all night. But I can’t even tell you how much of a non-issue it was. We did the normal bedtime routine–pjs, teeth, 1 book — and then she snuggled under her covers and went right to sleep without another peep.

And Nicholas was a little trooper, too. We left for the airport at 4 am and we literally scooped him up out of the pack n play and put him in the car seat at 3:55 am. We didn’t change his diaper, didn’t feed him…nothing. He fell back to sleep in the car on the way to the airport.  He didn’t wake up till we had to take him out of his seat to go through security at the airport. Five minutes later we were at the gate and that’s when we changed him and gave him a bottle. One the plane he mostly slept and hung out on our lap. Once in Jamaica, he was happy as a lark.

We spent our mornings on the beach and our afternoons by the pool.

Here’s the whole gang before dinner one night. Funny story about this picture: we stopped a guy who worked at the hotel and asked him to take a picture of all of us. We lined ourselves up and got ready to do our best “we love vacation” smiles. Nicholas was sleeping (as you can see here) so we didn’t take him out of the stroller. We stood in a line and he was on the end. I had my good camera with us (my Nikon), so I set it to auto and handed it over. The hotel guy took 2 pictures of us and handed it back. We thanked him and off he went.  After he walked away I looked at the picture and he cut Nicholas’s stroller –and therefore Nicholas–out of the pictures! So, we flagged down someone else (a guest this time) and they took this one. MUCH better!

It was such a gift to spend so much time with my family–not just the 4 of us, but with my mom, stepdad and stepbrothers too. Here’s to hoping we can do it again next year! 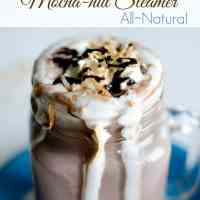