Posted in family by
Krista

Earlier this week we had Nicholas’s 6 month speech review with his speech therapist and his case worker. Before we jump into what they had to say, you can read parts one and two of our journey with Nicholas’s speech delay here and here.

Nicholas has come a long way in the past 6 months, and while we still have a long way to go until he’s considered “caught up,” he has made significant progress and we’re so proud of him.

Nicholas has started to truly understand that if he is verbal, we respond to his requests and he gets what he wants–most of the time anyway! He talks a lot now and rarely signs anymore, but he does still point at things when we don’t understand what he’s trying to say.  His favorite words are yellow (lello), no, go (usually when we’re in the car and stopped at a red light), and lolli (he loves lollipops).

Nicholas is very into animals right now –he is obsessed with horses in particular –and he loves talking about them. He can say pretty much every animal (he won’t say cat for some reason) and loves making the sounds they make.

Right after his second birthday he started putting 2 words together regularly. He likes to keep track of where everyone is and he often says “Gigi bus, Dada work, Mama home”. He’s also good at asking for water & juice (wawa-juuuuuuice), a banana (naaana), or a snack (naaak).

We’re still working on Nicholas’s pronunciation–he has trouble saying more than one syllable. If the word is repetitive, like Mama or Dada or Gigi, he’s good. But when words are consonant-vowel-consonant-different-vowel he has trouble and just drops off the last part. He’s good with Mama, but has trouble with Mommy (mom-meee), juice is actually jooooo.

We are also going to continue working on more spontaneous talking, where Nicholas initiates conversation himself. Right now a lot of his talking is in response to us asking him questions. We want to get to a point where he tells us what he wants or what he sees without using gestures.

Every few weeks it seems like Nicholas has a breakthrough. Recently we’ve had some word explosions where he picks up a bunch of new words within a few days and then regularly uses them. And then he started putting 2 words together and lately he’s trying to do 3 and 4. He works really hard with his speech therapist two times a week, for 30 minutes each session. She’s tough on him in the very best way and he rises to the occasion. A few times we had to reschedule one of his sessions and that meant he had 3 sessions in one week, which was great. After he’s had a morning therapy session he talks a lot more during the day. So, when we reviewed Nicholas’s plan for the next 6 months we were granted a third session every week, which we are so excited about.

Lastly, we recently had some semi-serious developments in regards to Nicholas’s health that may be contributing to his speech delay. We’re still meeting with specialists and determining if and when Nicholas will need surgery, so as soon as we know more I’ll share exactly what we’ve been dealing with. Nicholas is just the sweetest child and he’s been dealing with a lot and he does it with such grace. I look forward to the not-so-distant future when he’s in tip-top shape and talking non-stop. 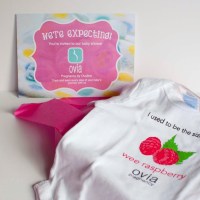